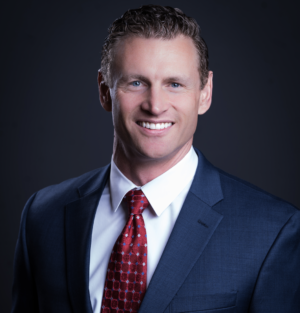 Apartment Rent Collections for April and May Show Promise

Historically, and ever more visible during a financial crisis, there is a clear correlation between density and delinquency. While Reno may be a tertiary market in population, the last six years have driven local economic behavior and performance that rivals many larger markets across the southwest and western United States.

As of July 2019, the Greater Reno-Sparks job market boasted three times the national average employment rate. The past five years brought a growth in labor force population of 18%, with a 24% growth in employment.[1] Yet eight months later, Nevada shot to number two in unemployment after the onset of COVID-19.[2] With Nevada commerce heavily weighted by entertainment and service industries, thousands found themselves unable to earn a living overnight.

Similar effects were seen in capital markets, where secondary lending halted within weeks as wealth vanished in the equity market and liquidity became even more precious. Here in Northern Nevada, we have seen a rush of investors from California and other surrounding states interested in our market, as investors viewed our market as offering undervalued real estate. The Reno MSA, including Sparks and Carson City, offered a sizeable amount of inventory ripe for the value-add investment model that the out-of-state investors were looking for. In this strategy, the investor buys low, renovates the property thereby justifying increased rental rates, and sells for a substantial profit once the asset is stabilized. When local owners saw rising prices, they were enticed to sell, in many cases demanding the renovated price for their weather-worn and threadbare asset and getting it from the out-of-state investors.

But how will the Reno fare against the unseen enemy that the global economy is currently fighting? With clients and industry professionals working together, searching for a glimmer of hope or a solution on the horizon, many of us have been watching the rental collections for the months of April and May as an early indicator for the impact of COVID-19 on the housing market.

The most recent American Housing Survey data, collected in 2017, shows that in an average month, 3.9% of tenants will fail to pay full rent, but the April 2020 report states, “we saw this delinquency rate skyrocket 550 percent.” After conducting a rental survey of stabilized assets across the Reno apartment market including an estimated 1,800 class A units, 1,250 class B units and 800 class C units, the local data appears to fall in line with the national findings.

The data set for the class A group included five large apartment properties, constructed between 2000 to 2008, with amenities such as tennis courts, dog parks, swimming pools and fitness centers. Garage and carport parking were also common here. Several leasing managers at these locations report that an estimated 85% of tenants paid on for April. Of the remaining 15% of tenants that were late in their payments, almost all paid in full by month-end. Many of these trailing payments were made piecemeal throughout the month, illustrating good faith on behalf of the tenants. In some cases, and at other class A properties, as few as 1.6% of tenants made no payment at all, with no communication as to why they would not be making a rental payment. Three of the five properties surveyed received a higher percentage of renewals for April and May than previous years.

The class B samples featured product built between 1972 and 1979, recently renovated and stabilized. Many of these communities still feature swimming pools, fitness facilities, carport parking and other amenities. For April, this sector of the apartment market saw a lower percentage of timely payments, falling in the 70-80% range. The remaining tenants requested assistance, including partial or deferred payments, many of which included payment in full by end of April. Hardship cases were supported with letters from former or current employers, outlining reduction in hours or wages. Some unfortunate tenants were able to make only a $500 payment but are communicating openly with leasing managers to discuss solutions for repayment moving forward.

For several of the class B facilities, May brought an increase in successful payments despite industry chatter that financial reserves were perhaps depleted in covering April obligations. One property even saw 98% success rate for rental payments as of May 8th.

The class C sector has been one of frequent discussion, as this was the primary acquisition target for many investors entering the Reno/Sparks market. With the largest range of potential upside through renovation and rental increase, many of the class C product in our market has been purchased and improved upon throughout the latest economic expansion. With the shrinking stock of affordable housing in our market, renters in this group find themselves fighting to stay in place.

The majority of the surveyed properties that fall under this category were built between 1950 and 1972, made of brick and block architecture, with single pane windows and dated HVAC, electric and plumbing systems. There are no amenities found here, with parking available onsite but without cover, or on the street between the property lines. In April, property owners and managers in this group reported on-time rental payments ranging from 85-95%, with most late payments brought current throughout the month. One client report that an estimated 8% of tenants within the 350 unit portfolio demonstrated loss of income, requesting assistance with payments for the coming months. In May, the same contacts delivered data showing that the numbers for May have fallen to 83-88% of timely payments, with some tenants voicing concerns about inability to secure unemployment. Another client stated that their group has seen a recent rise in rental applications. With some prodding, they shared that this is due in part to tenants realizing that they do not actually use most of the amenities that initially attracted them to the larger, newer properties. Other driving factors were proximity to work and the entertainment districts of Midtown and Downtown Reno. This allowed such tenants to shave $150-$350 per month in unnecessary expenses.

While the numbers do appear to show a downward trend, the data is far too new to arrive at a conclusion. Stimulus checks, cash reserves and unemployment are being called into play in an effort to stay afloat as we navigate the uncharted times ahead. Thankfully, Northern Nevada is a ‘pull yourself up by your bootstraps’ community, so while we may not see the abundance found in

our most recent economy, technology and logistics are still powerful forces in this economy and as Nevadans, we will always continue to fight to find a way forward.

FIND US ON MAP